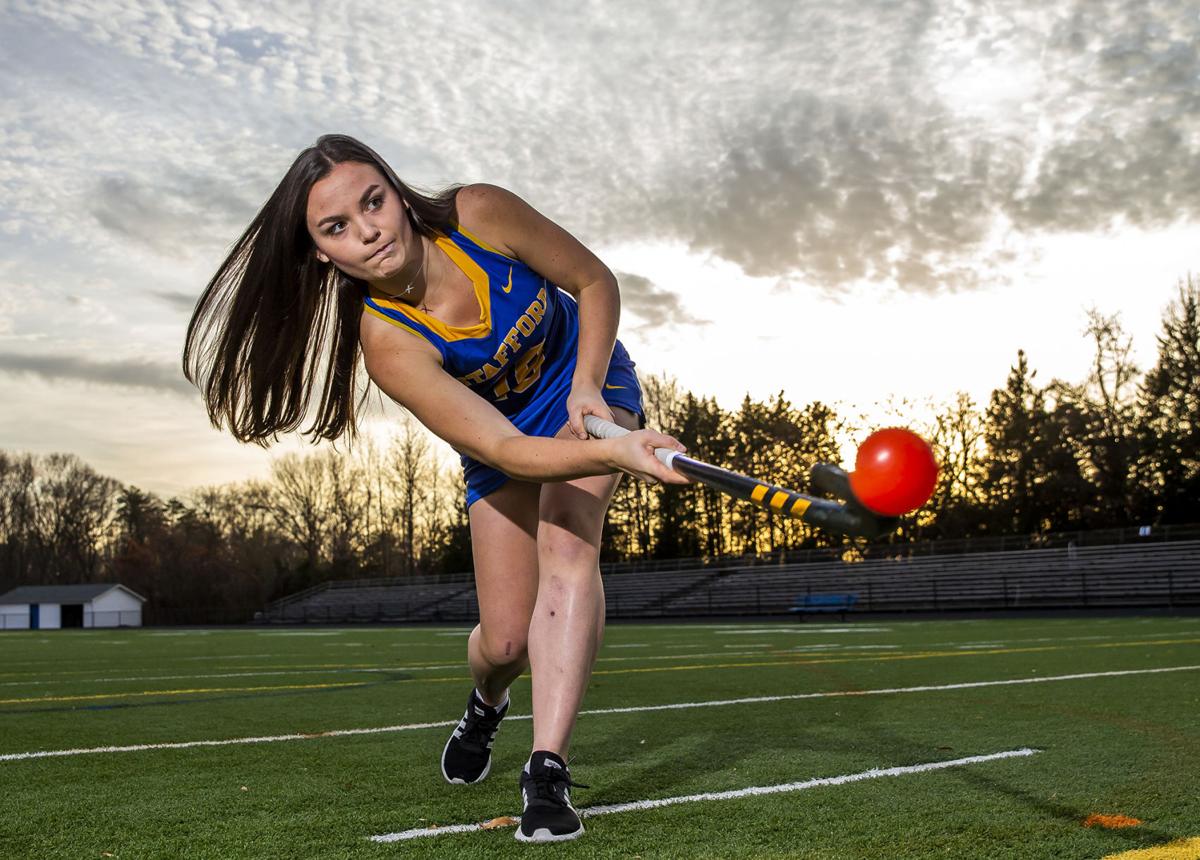 A change in position made senior Olivia Stocks a more versatile player for Stafford this season. 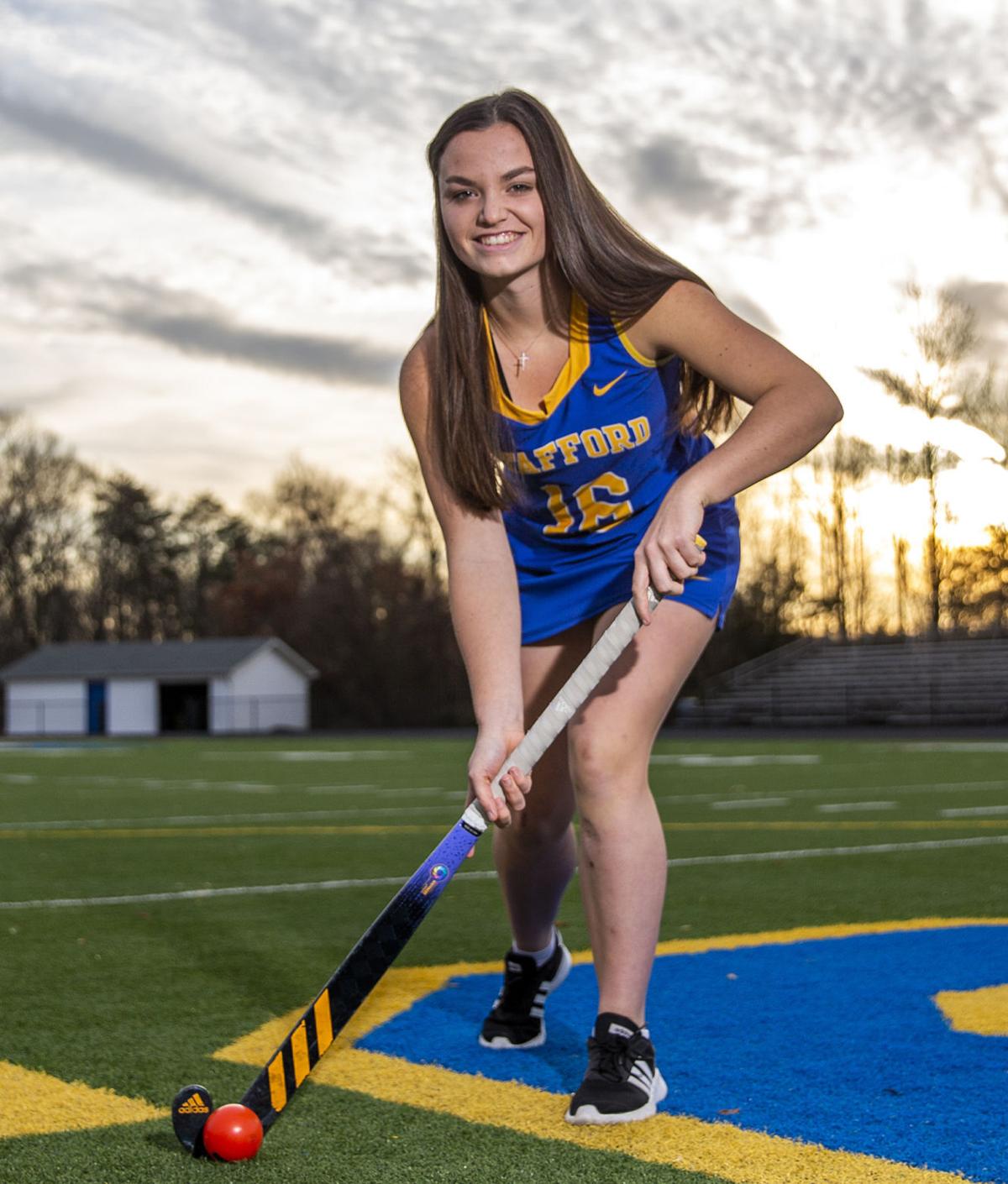 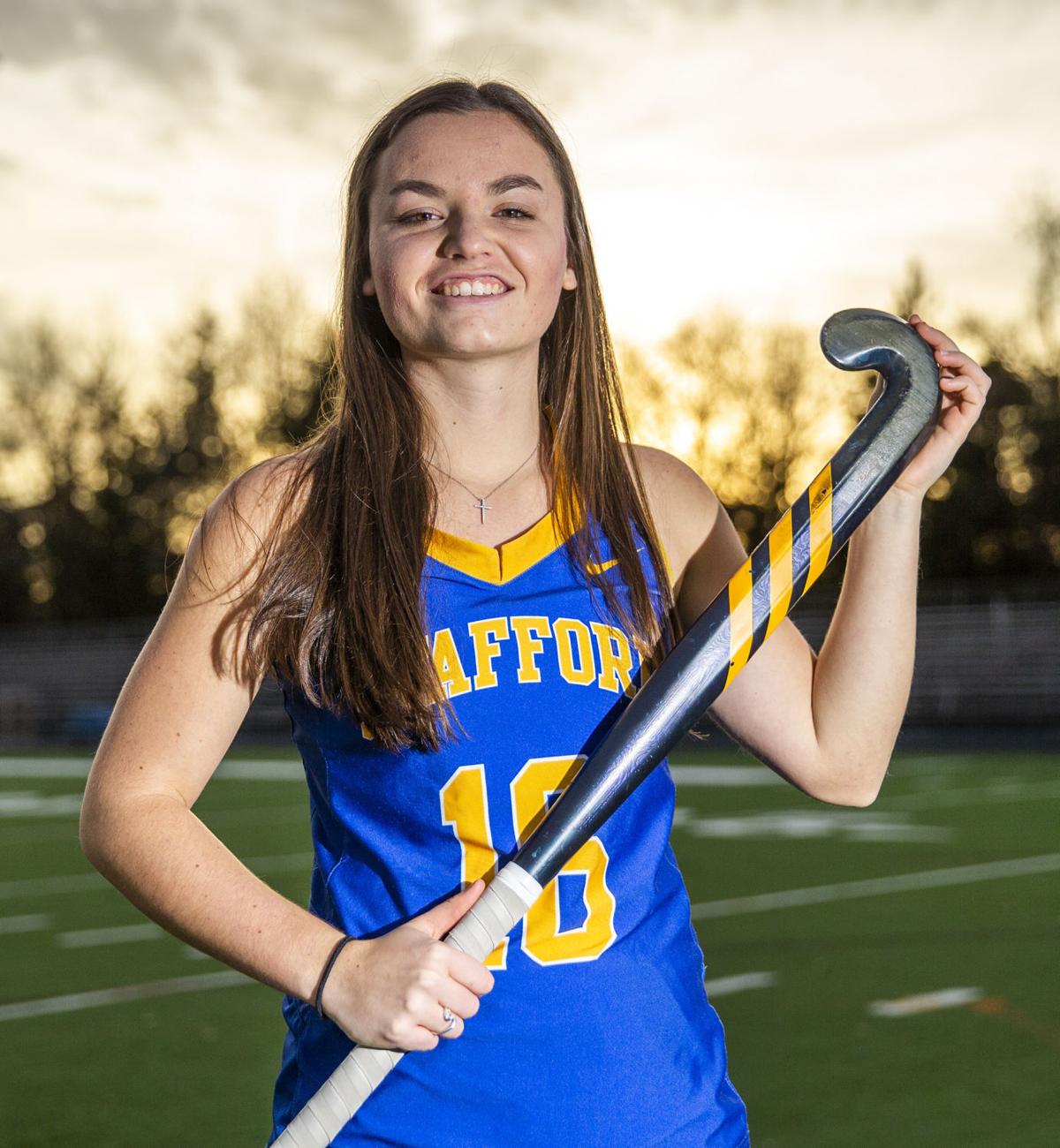 If Olivia Stocks were easily discouraged, Stafford High School’s field hockey success over the past four years might not have been quite as impressive.

Stocks first picked up a stick at age 6 and played in a county parks and recreation league.

“My first season, I think we scored one goal. We got smacked around the entire time,” she said. “But as we were leaving the last game, I told my parents, ‘I still want to play.’ ”

She became a starter on the Indians’ varsity team as a freshman but missed her sophomore season with an injury. Even then, she struggled to perfect the backhanded shot that became her signature move, shooting for hours alone in her backyard into a goal that her father, Phil, crafted from a trampoline.

“I pride myself in being able to shoot from any direction,” she said, “but it did not come easily. I spent hours and hours learning to do it right.”

That determination paid dividends this fall. Stocks, The Free Lance–Star’s All-Area player of the year, scored a school-record 41 goals as the Indians won their first 23 games before falling 5–2 to First Colonial in the VHSL Class 5 state semifinals.

“She really showed great leadership,” first-year Stafford head coach Bryce Barnes said. “And she was also responsible for about 75 percent of our scoring opportunities, either by scoring or assisting. She was a big offensive presence.”

Stocks scored 19 goals as a junior in the pandemic-delayed spring season, when the the Indians nearly won the state title. They needed her to be even more assertive this fall after reigning player of the year Lexi Bove graduated.

Barnes, who moved up from an assistant’s role after Robin Woodie retired, shifted Stocks from her former left midfield position into a center midfield spot early in the season.

That opened up more chances for Stocks, but it also required an attitude adjustment as the scoring mantle fell more heavily on her shoulders.

As with the backhand shot, she eventually got it, with some help from her demanding coach. Said Barnes: “She appreciates tough love.”

As impressive as the quantity of Stocks’ goals was the quality. The Indians overwhelmed most of their opponents with their precision passing and stingy defense, but that wasn’t always the case.

“There were only three games we were down all year,” Barnes said, “and she scored in all of them.”

That part wasn’t new. In the spring, Stocks scored in the fourth quarter and again in overtime as Stafford overcame a 2–0 deficit to edge Riverside 3–2 in a state semifinal. In the final, it took a spectacular sliding stop by goalie Abby Spear on Stocks’ overtime shot to help Frank Cox win its 22nd state championship.

This fall, she was even more consistent, scoring in 22 of the Indians’ 24 games, including a game-tying goal against Riverside in the state playoffs. She’ll graduate as the Indians’ record-holder for goals in a season (41) and career (80).

Then it’s on to William & Mary, where she hopes to crack the lineup on a team that reached the Colonial Athletic Conference final this fall before losing to Delaware. She’s considering an international relations major with an eye toward law school.

“I love to argue and read,” she said, and few who know her would debate that.

Sent weekly directly to your inbox!