Dogecoin price shows the exhaustion of buying pressure resulting in a pause of the uptrend.

Dogecoin price produced an ascending triangle pattern obtained when the series of highs and swing lows are connected using trend lines. Such a price action shows aggressive buying pressure, and so the breakout tends to be a bullish one.

A decisive close above the triangle’s base at $0.064 will signal the start of a 35% upward trend to $0.087. This target is determined by adding the distance between the first swing high and low to the horizontal supply barrier at $0.064.

A minor retracement seems to have begun, which has resulted in a 9% correction as of this writing. The immediate support level at $0.071, created by the Momentum Reversal Indicator’s (MRI) breakout line, appears to be an obvious choice.

Therefore, investors can expect Dogecoin price to begin its second leg from here. The resistance level at $0.080 and $0.082 might deter the upswing. Hence, slicing through these levels is imperative for the meme coin to reach its target at $0.087. 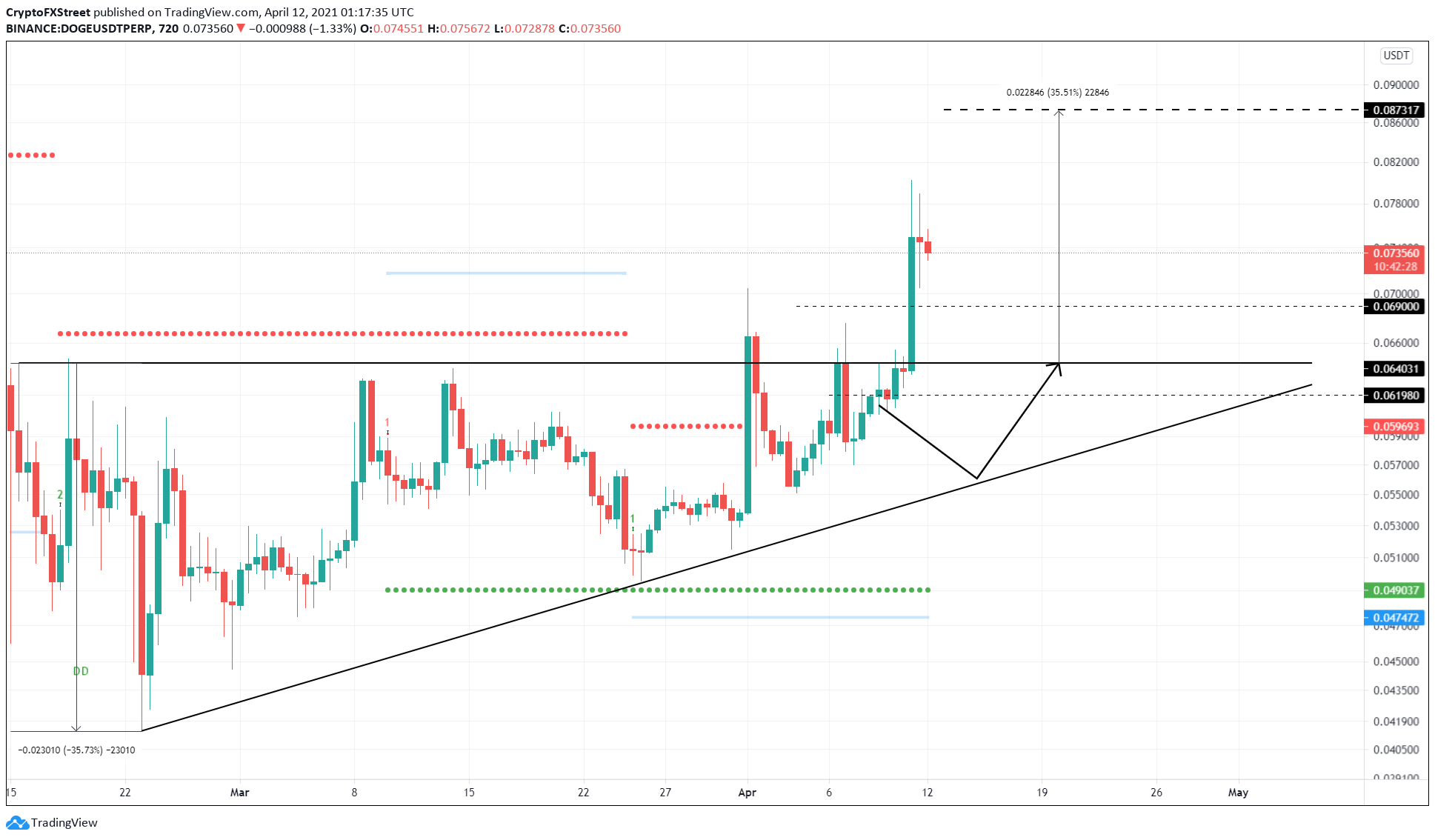 The bullish thesis’s invalidation will occur if DOGE pierces the ascending triangle’s base at $0.064 and trades under this level for an extended period.