Enjin Coin price has been trading inside an uptrend for the past weeks, but still needs to climb above a key resistance level on the 4-hour chart. Fortunately, many on-chain metrics have turned in favor of the digital asset.

Enjin Coin price on the verge of a breakout

On the 4-hour chart, Enjin Coin has formed an ascending triangle pattern that can be drawn by connecting the several highs with a horizontal trend line and the higher lows with an ascending line that converges with the upper one. 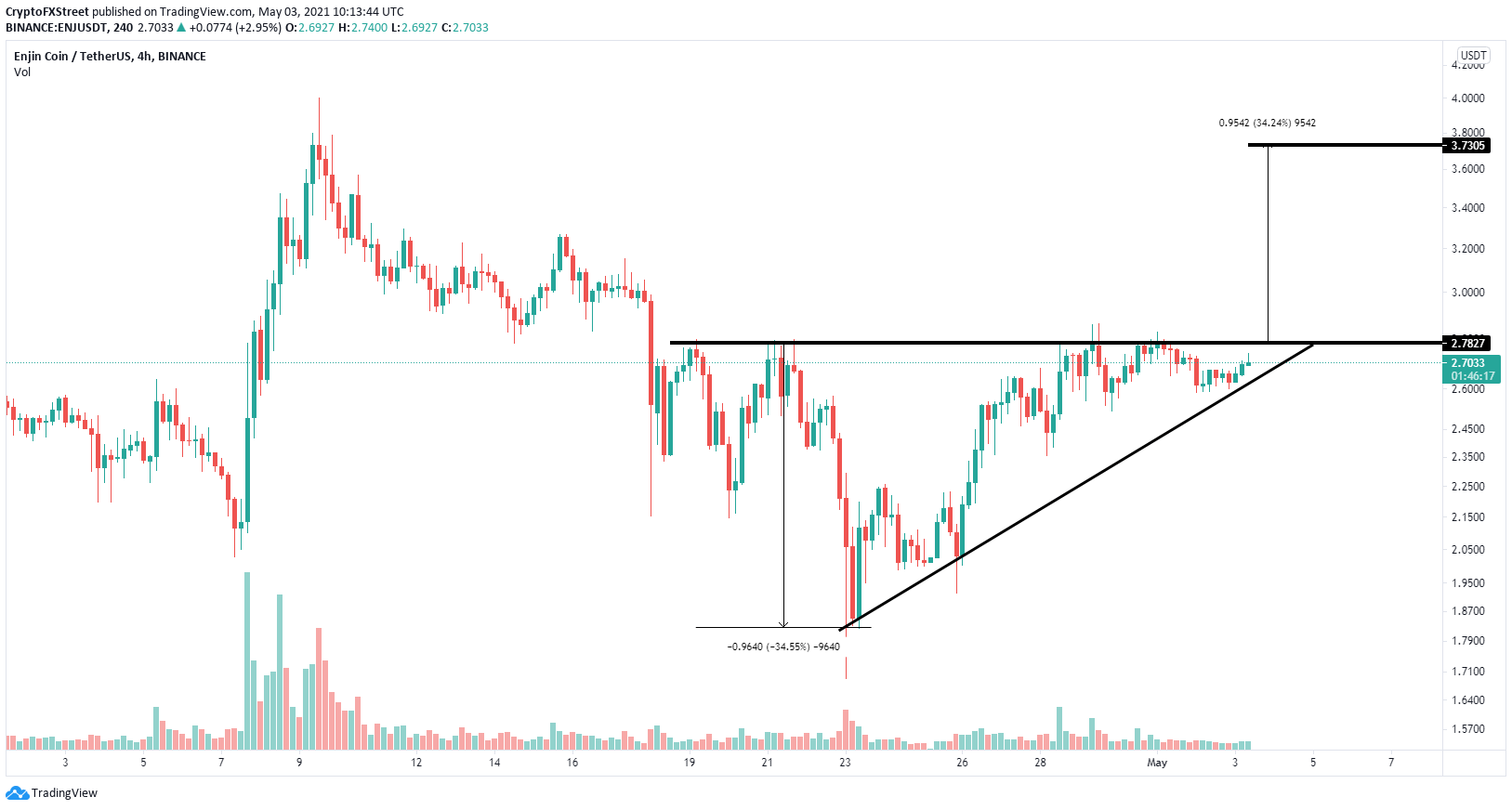 The key resistance level is set at $2.8. A breakout above this point can drive Enjin Coin price up by 34%, a price target calculated by measuring the height from the bottom to the upper boundary of the pattern.

In addition to the pattern, the percentage of ENJ coins inside exchanges has sharply plummeted since April 8 from 42.3% to to only 39% currently. This indicates that investors have been withdrawing their coins and do not intend to sell.

On top of that, the MVRV (30d) remains at the ‘buy’ zone below 0% which indicates bulls have a lot of space to work with even after the potential 34% breakout.

However, a breakdown of the ascending triangle pattern on the 4-hour chart also has the potential to drive Enjin Coin price down by 34% toward $1.74, invalidating the entire the bullish outlook.