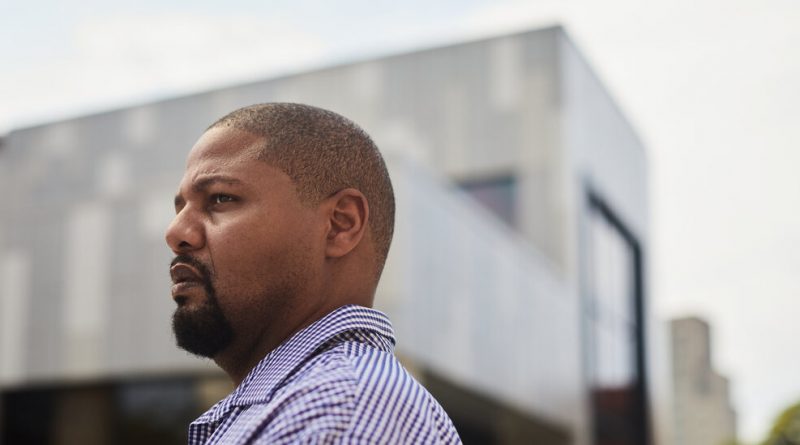 The DealBook newsletter delves into a single topic or theme every weekend, providing reporting and analysis that offers a better understanding of an important issue in the news. If you don’t already receive the daily newsletter, sign up here.

Napoleon Wallace, a bond analyst and municipal budget wonk, sees disaster in the finances of America’s largest cities where others do not.

When it comes to assessing the value of municipal bonds issued by many American cities, he says investors — and the public — are often looking at the wrong numbers, overlooking the true embedded costs of a social justice system that has become normalized. He believes paying more attention could be an path for change.

To Mr. Wallace, factors that contribute to inequality, including police misconduct, add up to trouble for both residents and city finances. He believes that municipal bond investors should consider “fiscal justice” before investing in a city’s debt. His firm, Activest, plans to introduce a new type of ratings system this year to help them do it.

Take Louisville, Ky. The city gets an AA rating or higher from the major credit rating agencies, including Fitch, Moody’s and Standard & Poor’s. Mr. Wallace, however, gives Louisville’s finances poor marks across the board. According to his research, which he plans to publish in a report next month, the city is overreliant on fines and fees to generate revenue, corporate tax abatements are excessive and housing affordability is a problem. Mr. Wallace estimates that it also loses $100 million a year because of inequality, in large part because lower wages for Black and Latino residents result in lower tax revenue for the city and less economic activity.

Then there are the legal settlements. Louisville has paid nearly $31 million over the past five years to settle cases involving excessive police force, according to the report, which used data from the nonprofit Root Cause Research Center in Louisville. Not all of these payments have been publicly disclosed. The largest, $12 million, was made last year to the family of Breonna Taylor after Louisville police officers shot and killed her during a botched raid on her apartment.

Counting the cost of police misconduct

Activest bases its ratings on eight social and justice factors, with a heavy emphasis on policing, but also education, health care and affordability. Some practices that traditional credit raters see as good, such as high revenue from fines or fees, use of tax abatements and large police budgets, can erode a city’s tax base, exacerbate overpolicing and serve as early warning signs of social unrest, Mr. Wallace says. His fiscal justice ratings aim to account for this long-term impact.

The ratings also acknowledge the potential cost of police misconduct, which traditional rating agencies have typically ignored. In one exception that illustrates how police killings can destabilize city budgets, Moody’s downgraded the bonds of Ferguson, Mo., after a white police officer shot and killed Michael Brown, an unarmed Black teenager, in 2014. Moody’s cited “the potential financial impact of ongoing litigation costs,” legal settlements and negotiations with the Department of Justice to overhaul the city’s justice system.

“The ability to clearly and precisely distill all of the many fiscal justice risks into an outlook is very needed in this market,” Mr. Wallace said.

Activest, which Mr. Wallace founded six years ago with Ryan Bowers, a racial equity consultant, plans to publish research reports and ratings for as many as 50 U.S. cities. The initial goal is to bring to light police settlements, both public and private, and identify cities that are most at risk of not being able to pay them or meet other obligations.

But the ultimate goal is to use the bond market to rein in police brutality and make cities more just. As investors look for socially responsible investments, Mr. Wallace believes Activest’s fiscal justice ratings could influence bond prices and, therefore, the interest rates. By attracting more investors, a city would lower its borrowing costs, improving budgets and possibly allowing politicians to lower taxes or at least spend money elsewhere. And that could provide an incentive to treat citizens more fairly.

Municipal bonds were the original socially responsible investment. In ubiquitous television commercials that ran throughout the 1970s and 1980s, the bond salesman Jim Lebenthal stood in front of landfills, power plants and bridges to pitch the idea that investing in local government debt was putting money toward a better America.

But the modern iteration of socially responsible investing, known as the environmental, social and governance, or E.S.G., movement, has mostly steered clear of the muni bond market, and when E.S.G. investing tactics are applied to muni bonds, the focus is usually on environmental issues.

One reason for this, muni market experts say, is a lack of data. Larry Bellinger, the head of municipal bond research at AllianceBernstein, which manages $55 billion in local government debt, said that he had found relatively adequate research on carbon footprints and natural hazards, but that on social and justice issues, “data is a problem.”

That could change as muni bond investors become more interested in these issues. Michael Belsky, a former mayor of Highland Park, Ill., and a municipal bond veteran at HilltopSecurities, said that George Floyd’s murder last year, and the protests that followed, had sparked much of the new interest in E.S.G. from muni bond investors.

Proposed boycotts fizzled. But an E.S.G. approach, which evaluates a number of measures to find out if investment targets, in this case city governments, are acting responsibly may be more lasting.

Some firms are already seeking better data on cities’ social and justice issues. A number of large money management firms, including BlackRock and Vanguard, have recently joined an effort by two minority-owned underwriting firms, Loop Capital Markets and Siebert Williams Shank, to get local officials to answer questions about policing policies, as well as stats on race-based inequalities.

Activest aims to make this type of data easily accessible.

“What Napoleon and Activest are doing is uncovering a new set of data for investors to use,” said Kimberlee Cornett, the director of impact investing at the Robert Wood Johnson Foundation, a nonprofit that is working on its own racial and equity-focused rating score for cities. “Investors are increasingly asking the racial equity question, and if data becomes consistently available, I think investors will pay attention to it.”

Beyond the data problem

The first money management firm to sign on with Activest, Adasina Social Capital, has raised nearly $60 million in less than a year for its fiscal justice investment strategy.

But even with more data and plenty of investor interest, some experts are skeptical that a fiscal justice rating could meaningfully influence bond prices and, therefore, push cities to tackle racial inequities.

Thomas Doe, the founder of Municipal Market Analytics, said that though environmental data and ratings had been in the muni bond market for a while, they had yet to have much impact on borrowing rates.

“Munis default so infrequently that there isn’t enough data out there to prove that fiscal justice has an impact on default risk,” Mr. Doe said.

And even if social ratings are successful, they could create ethical dilemmas. Minority populations in low-rated cities may see their community resources shrink further when borrowing rates rise.

Mr. Wallace of Activest thinks the firm’s fiscal justice ratings not only can influence bond prices but can also be an instrument of engagement.

“Using the power of the purse to motivate municipalities to ask, ‘Is this really the best use of resources for residents and bond holders?’ is a really compelling way to engage the market,” he said.

Adasina plans to buy bonds of cities that perform poorly in fiscal justice and then address the issues with city managers, who may be more willing to listen to their lenders.

What do you think? Let us know: dealbook@nytimes.com.

Nothing stings like making a trade at the wrong time, but Goldin Auctions founder and chair Ken Goldin is as

Emerging Market Stocks Are Beaten Down. It Might Be Time to Buy. – Barron’s