For the first time since 2013, Plano has a new Mayor. John Muns has been on the job for more than a month now and talked to us about new challenges following the pandemic.

“We want to make sure the Toyotas of the world, the Liberty Mutuals, the Chase, Frito Lays have what they need to stay. And a big issue that has come up during the pandemic is office space,” said Mayor Muns.

Muns said it’s available not only in Plano, but throughout Texas, and changes also affect new businesses.

Covering politics throughout the state of Texas. 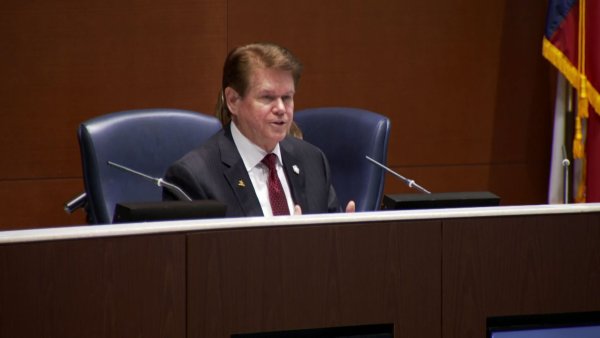 “Now employees don’t have to be in the office every day, and so that changes the dynamic for a lot of corporations on the east coast and west coast, on where they really need to be. So it just adds a little bit of complication to what once was not a problem at all,” added Mayor Muns.

Muns said he is ready to work on that and more. He also points to growth in the area. Growth that has expanded beyond the popular Shops at Legacy and Legacy West, using the redevelopment of the Collin Creek Mall, and Spring Creek and Central as examples.

“I think what we have done is presented ourselves as an opportunity across the city,” said Mayor Muns.

For the Muns’, it is all in the family. John Muns is not the first to hold the office. His father, James Muns, was Plano mayor from 1992-1996, and they have worked together at Muns enterprises.

“It is really, really awesome to be able to share this opportunity with my Dad, and he is very proud,” said Muns.

John Muns, who been in Plano since 1970, has been active in the city. He had a 16-year stint on the school board, was the Chair of the Planning and Zoning Commission, and served on the Economic Development Board.

“I have been here all of my life. I love this city, and I want to make sure that Plano continues to be that great city of excellence that we all know and love,” he added.