Shiba Inu (SHIB) has been on a tear this week with a staggering 322% rise. As price action shot up so violently, new buyers who want to join the rally will need to pinpoint good entry levels to claim another 28% of profit left in the tank.

Shiba Inu bulls have had a lot of fun since they got going on Monday. With price action in SHIB going vertical, it was not easy for bulls who came late to join the party. However, a few key levels can be identified as price action will relax after the heated bull run.

SHIB price has been like an elastic band, which now is losing a bit before getting back under tension for the next leg up. In that correction phase, an entry at $0.00003155 looks to make the most sense. It goes back to the high of May 12, and intraday it holds for the moment. A leg further down offers an even better entry, near $0.00002775. This level acted as the opening level intraday and was the low on May 11. 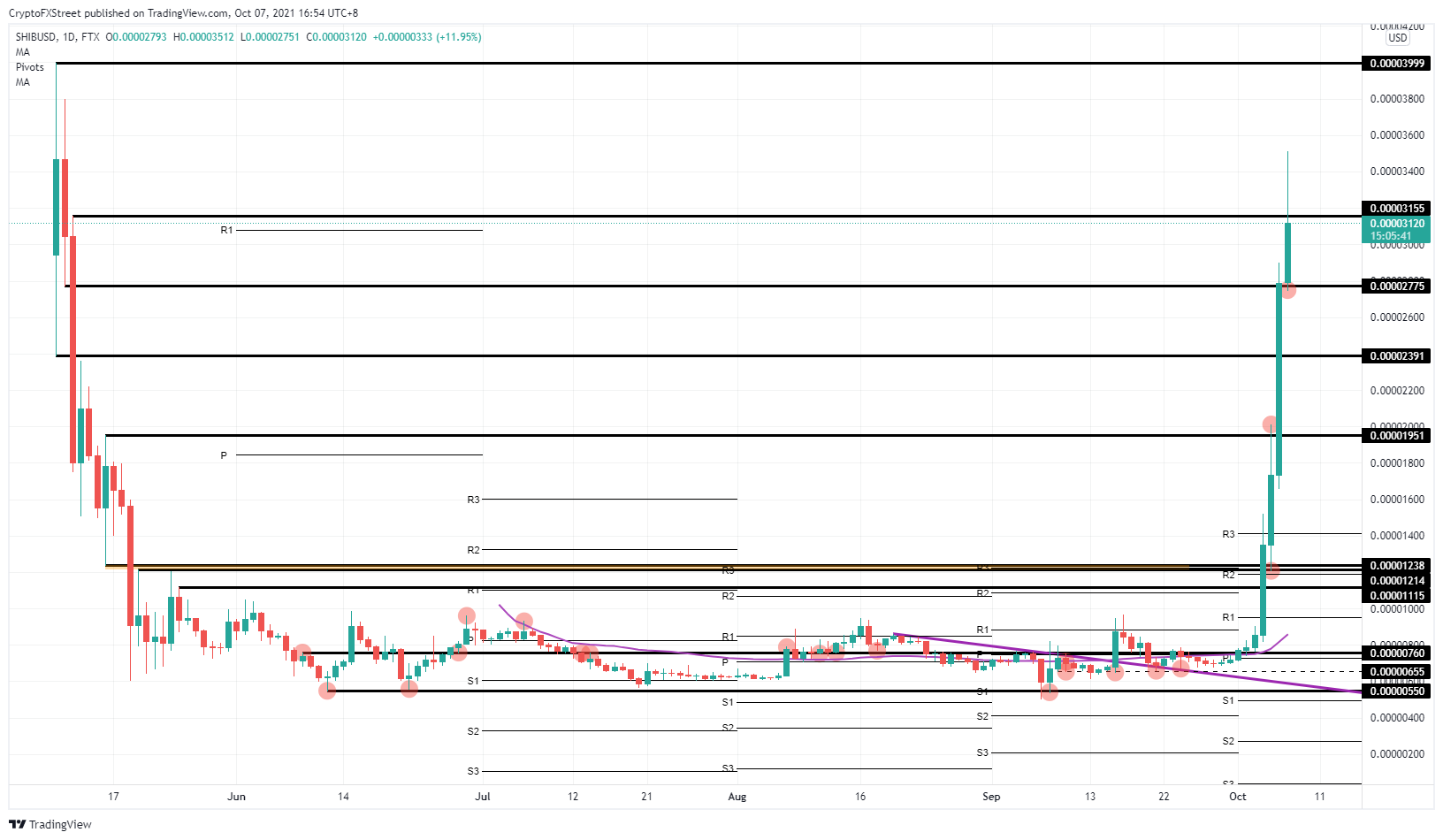 With current positive market sentiment on the forefront, expect more buyers to join in SHIB price action and further run price action higher. A retest of $0.00003999 looks to be the ultimate price target and would spell new all-time highs for Shiba Inu, or at least a retest of that all-time high.

If bulls take too much profit, making the rally lose steam and pressure, expect a further paring of the gains toward $0.00002391 or even sub $0.00002000 toward $0.00001951. Would global markets tank again and risk-off once again dictate sentiment, expect a full retrace back to $0.00001238 where many previous highs will be giving support together with the monthly R2.