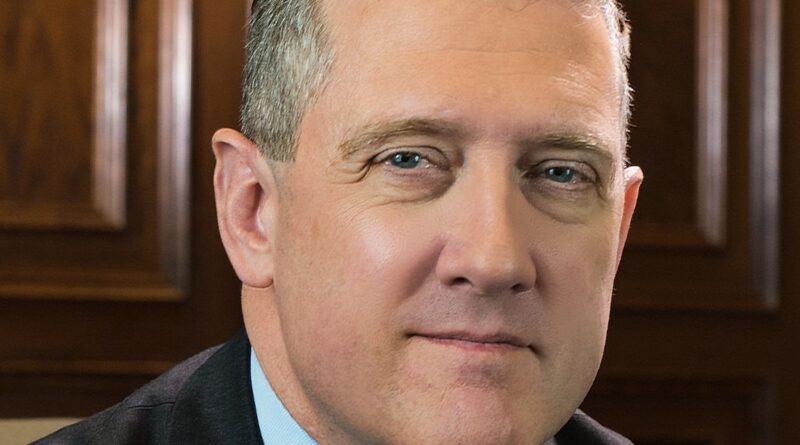 Stocks dropped on Friday, as the market continues to adjust to a more hawkish Federal Reserve. The latest policy maker comments on Friday reinforced the narrative of a reflation trade in trouble. That meant losses for value stocks and commodities and a rising U.S. dollar.

Speaking on CNBC on Friday morning, St. Louis Fed President Jim Bullard acknowledged that the central bank has been surprised about the quick recovery in inflation and that policy will get tighter sooner as a result. He said that he could see an interest-rate increase as soon as next year and that discussion about tapering, or reducing the size of the Fed’s monthly bond purchases, had begun.

“[The market] has held up pretty well, but the more comments we get like this, the worse it could get over the coming days,” writes Evercore ISI strategist Dennis DeBusschere. “He seems pretty clear that tighter financial conditions are coming. Stocks have downside risk if this is the last thing we will hear from the Fed into the weekend.”

Bullard isn’t currently a voting member of the Federal Open Market Committee, but will rotate into a voting seat next year. His comments came after the Fed didn’t change its policy stance at the end of its two-day meeting on Wednesday, but did signal a shift in its thinking. Officials’ Summary of Economic Projections, or the so-called “dot plot,” showed that the median FOMC member now expects two rate increases in 2023, enough to demonstrate a hawkish lean to the committee. The previous dot plot in March had no hikes until 2024.

That increasingly hawkish tilt has caused stocks that benefit from a stronger economy and hotter inflation—the financials, energy, and materials sectors among them—to get hit hard, and has sparked a resurgence in the tech trade. Growthier tech stocks were again beating cyclical and value stocks on Friday.

Some of that may also be about making up for past underperformance by tech stocks. “The fear of a more hawkish Fed and rates rising sooner we believe has been a 10%+ overhang on tech stocks this year as multiples compressed and we saw a curtailing of risk assets led by tech and EV stocks,” says Wedbush analyst Dan Ives.

It wasn’t a great day for the dividend-paying utilities and consumer staples sectors either, down 0.9% and 1.2%, respectively. Higher interest rates and bond yields make those stocks’ payouts less attractive by comparison.

Other asset classes were also reflecting an anti-reflation trade dynamic on Friday. The U.S. Dollar Index (DXY), which measures the price of the greenback against a basket of other currencies, rose 0.4% after surging on Thursday. Copper, gold, and iron ore prices fell, while oil rebounded from Thursday’s loss. Gold had suffered its worst one-day percentage loss of the year and settled at the lowest level in close to seven weeks on Thursday.

The yield on the 10-year Treasury note, meanwhile, ticked down slightly to just below 1.50%. That yield had been 1.57% at 3 p.m. Eastern Time on Wednesday.

There were a handful of technical curveballs likely impacting the market as well. The once-quarterly simultaneous expiration of options and futures on single stocks and indexes is Friday, known as quadruple witching day. The annual rebalancing of FTSE Russell’s indexes takes place after the close next Friday. And the second quarter ends in less than two weeks. Fund managers, index funds, and institutional investors all tend to adjust their portfolios around those types of events, adding some volatility and buying or selling pressure to pockets of the market.

Here were the stocks making moves on Friday:

Lennar (LEN) gained 2.6% after getting upgraded to Overweight from Neutral at JPMorgan.

Cimarex Energy (XEC), EQT (EQT), and Devon Energy (DVN) fell 1.0%, 3.8%, and 1.9%, respectively, after getting downgraded to Equal Weight from Overweight at Morgan Stanley.

Biogen (BIIB) rose 0.8% after getting upgraded to Overweight from Neutral at Piper Sander.

23andMe Holding (ME) stock dropped 7% following the closing of its merger with a special purpose acquisition company, or SPAC, which took the genetic testing company public.

Write to Ben Levisohn at ben.levisohn@barrons.com