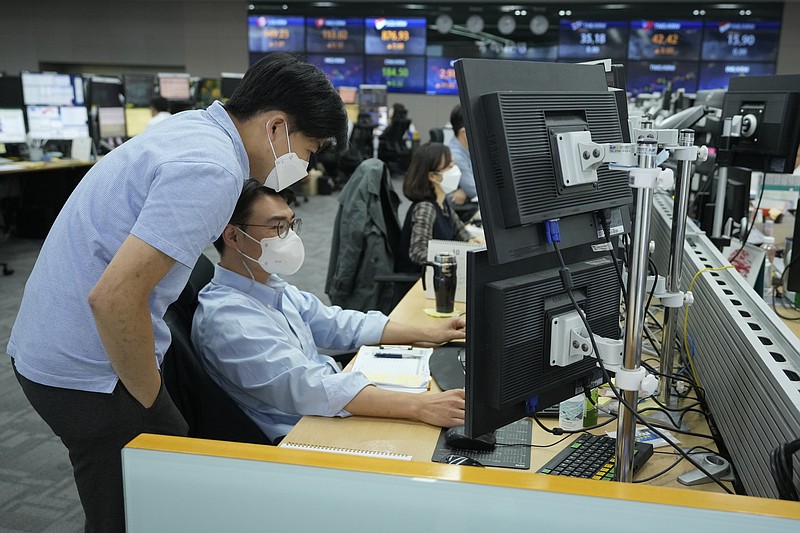 Wall Street capped a wobbly day of trading with a broad slide for stocks Friday, after a weak jobs report raised questions about the Federal Reserve’s timeline to pare back its immense support for markets.

The S&P 500 fell 0.2% to 4,391.34 after wavering between small gains and losses for much of the day. The modest drop snapped a three-day winning streak for the benchmark index. Even so, it managed a 0.8% gain for the week, less than half of the index’s loss last week.

Wall Street reacted with uncertainty and disappointment to the highly anticipated September jobs report. U.S. stocks moved up and down throughout the day, as did Treasury yields.

The yield on the 10-year Treasury climbed to 1.60% from 1.57% late Thursday after initially dropping to 1.56% immediately following the jobs report’s release.

Much of Wall Street assumed the job market had improved enough for the Fed to soon begin paring back its monthly purchases of bonds meant to hold down longer-term interest rates.

Investors had also pegged the central bank to begin lifting short-term interest rates late next year. Current super-low interest rates have been one of the main forces driving stocks to record heights.

Friday’s jobs report, however, showed that employers added just 194,000 jobs last month, well short of the 479,000 that economists expected. Many investors still expect the Fed to stick to its timetable, but the numbers were weak enough to at least raise questions about whether it may wait longer to taper its bond purchases or to eventually raise short-term rates.

“The miss on jobs isn’t pretty — there’s no way around it,” said Mike Loewengart, managing director of investment strategy at E-Trade Financial, in a statement. “And many may believe it will cause the Fed pause in terms of their tapering strategy. But the jury is out on how the market will interpret the data.”

Underneath the surface, the numbers don’t offer much more clarity.

The unemployment rate ticked down to 4.8% from 5.1% and the government revised past months’ hiring numbers higher. But last month’s hiring was still the weakest since December 2020. Average wages also rose a bit faster from August than expected, which helps workers but adds to worries about inflation.

Inflation remains a big concern for investors after it climbed to its highest level in at least a decade, in part because of snarled supply chains as the global economy reboots from its pandemic-caused shutdown. Those supply chain issues will be a key point for investors as they review companies’ next round of quarterly financial reports.

“Earnings season is really going to be the next catalyst for the market to understand where to go through the end of the year,” Hodge said.

Rising energy prices have also contributed to inflation, and benchmark U.S. crude for delivery in November briefly topped $80 a barrel early Friday. That’s the highest the front-month contract for U.S. oil has been since 2014.

That helped drive energy stocks in the S&P 500 up 3.1%, by far the biggest gain among the 11 sectors that make up the index. Exxon Mobil rose 2.8% and Pioneer Natural Resources climbed 4.6%.

Information for this article was contributed by Joe McDonald of The Associated Press. 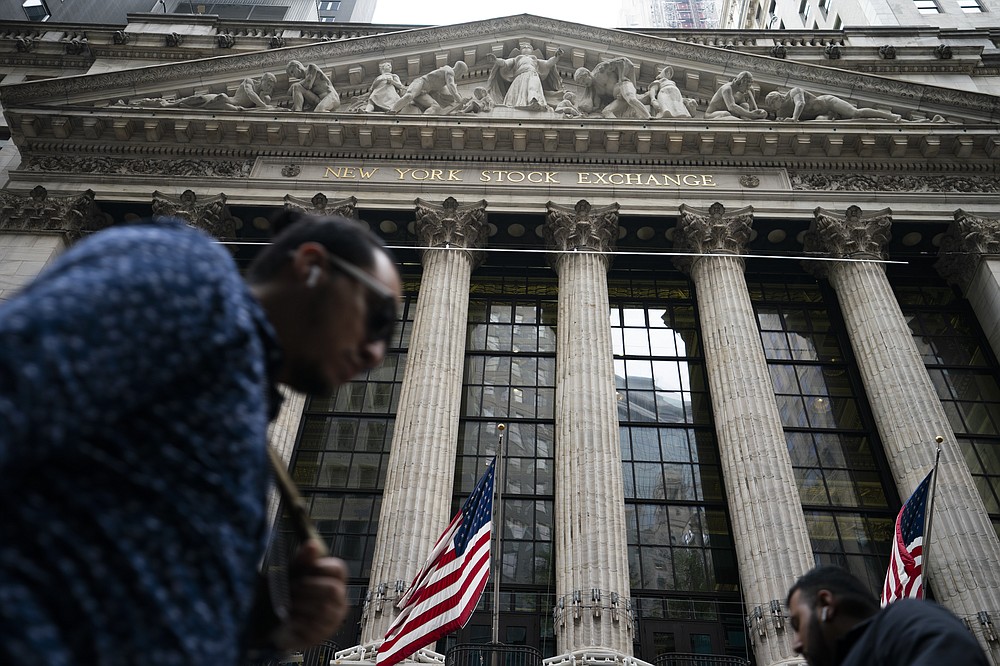 Pedestrians pass the New York Stock Exchange, Monday, Oct. 4, 2021, in New York. U.S. stocks are opening mixed on Friday, Oct. 8, after a disappointing jobs report thudded onto Wall Street and raised questions about whether the Federal Reserve will change its timeline to pare back its support for markets.(AP Photo/John Minchillo)