Since the COVID-19 pandemic took over the world in 2020, a lot has happened within the crypto community, and a lot is still happening, considering that there has been a heightened global interest in cryptocurrency, and even some altcoins that no one thought would get any value, have proven otherwise.

Bitcoin has had a breakout above $63,500 and is seeing some resistance at $64,000. With the MACD trading above the zero line, it is clear to see that the trend is bullish. According to the RSI oscillator that is hovering at the 70 level, it is safe to say that it is overbought. Interestingly, the RSI has continued to experience a downward trend with candles finding support at the $62,400 level. 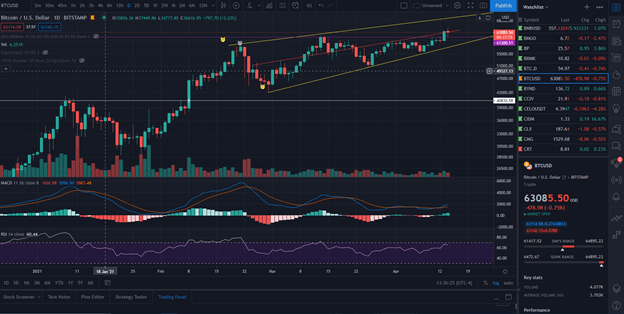 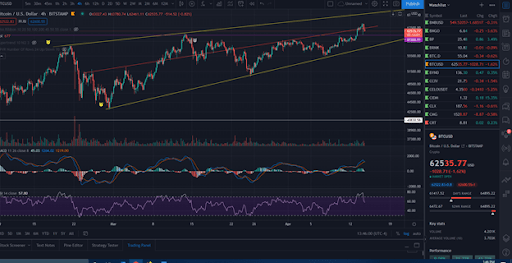 Ethereum has stayed in the blue channel for a while and getting inner support resistance. A clear reversal formed when it got to the $2,000 level and was able to surmount the resistance to get support at $2,300. With the MACD performing better, thus higher highs are experienced. However, according to the RSI, it is indicative of the fact that the asset may be overbought.

FUN the candles are bouncing off the yellow support, and the altcoin needs to break resistance of $0.048 in order to hit the next target and resistance of $0,052. If the coin goes beyond that, then a new high of about $0,07 is in view. MACD is performing well and will get to higher highs in no time. The RSI is indicative of the fact that it is bullish.

This should not be construed as investment advice. These are opinions based on our technical and fundamental analysis. Any investments or decisions made would be at the readers’ own discretion.